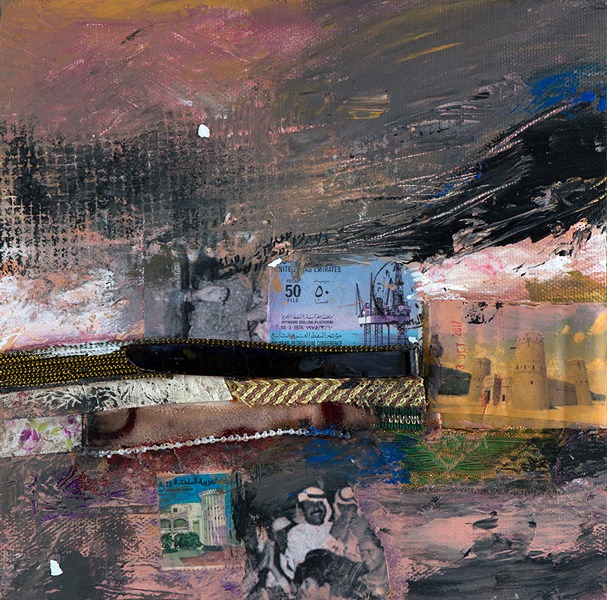 Born in Abu Dhabi, United Arab Emirates, Fatima Al Mazrouie received a degree in Visual Arts and Design from Zayed University, UAE. Her work seeks to interrogate notions of womanhood, specifically what it means to be a Muslim woman in the Arab region. Islamic calligraphy features heavily in her mixed-media canvases, upon which she applies images or found objects that have come to signify representations of women in the region. More recently her mixed-media collages have focused on the broader socio-cultural history of the UAE. Al Mazrouie’s artistic career began when she participated in a group exhibition at Salwa Zeidan Gallery in 2009 and four years later, she was the gallery’s featured “Signature Artist” (2013) at Abu Dhabi Art.  Her work has been auctioned in 2010 at Sotheby’s in Doha, Qatar, and acquired by public and private collectors, including The Zayed National Museum.  In 2013, she was chosen to represent the UAE-Germany Art Exchange Programme hosted by Damen and the Lepsien Art Foundation’s residency program. The artist has exhibited widely internationally and in her native UAE, where she currently lives and works. 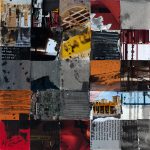 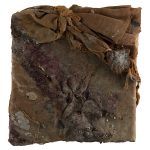