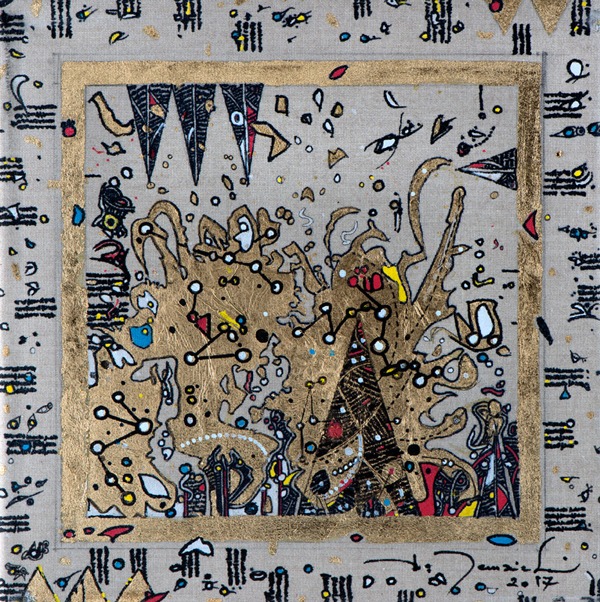 Tunisian native Imed Jemaiel turned his attention to artistic studies after two years attending medical school. In 1990 he earned a degree in Fine Arts, specializing in printmaking. Since 1992 he has taught at the Higher Institute of Fine Arts in Tunis. He is an art critic and has participated in group exhibitions in Tunis, including the Spring of the Arts, the annual exhibition of the Union of Tunisian Plastic Artists, and internationally in Tokyo and Marseille. In 2014, his first solo exhibition Les Dessous des Ratures (Beneath the Crossings Out) at the Amar Farhat Gallery was deemed a great success. Fellow artist Nadia Jelassi has described Jemaiel as a devourer of texts and gourmet of the written word. In his Les Dessous des Ratures series, this fascination with language is expressed through mesmerizing and intricate combinations of ancient symbols, intriguing shapes, colours and codes that evoke a unique form of communication, inviting the spectator to muse on what is being said and what still remains a mystery. 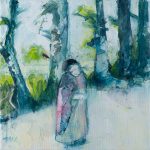 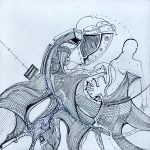