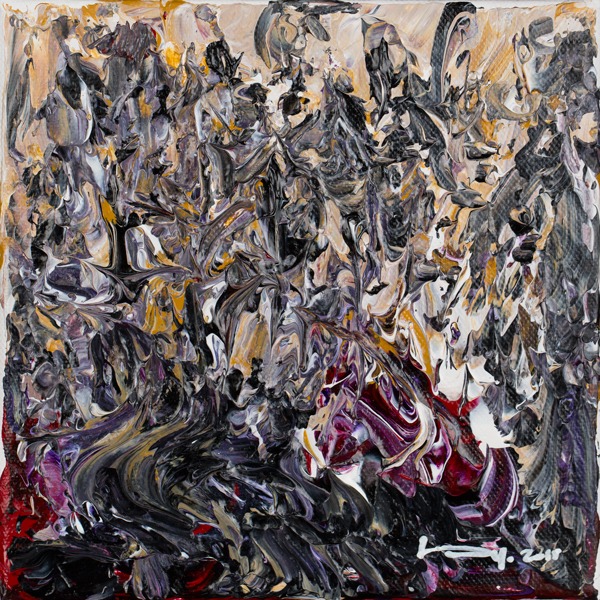 Born and raised in Beirut, Lebanon, Layal Khawly studied Interior Architecture at the Lebanese Academy of Fine Arts (ALBA) and later obtained an MA in Visual arts. Her paintings engage with the socio-political environment of Lebanese villages and cities, specifically the architectural and structural complexity of her surroundings that are brought to life through layered painting techniques. In the artist’s words: “I’m lucky to have both backgrounds since I’m from a village where nature, beauty and simplicity coexist and where each stone tells a story. However, the city inspires me with its modernity, colours and the dynamic life within it.” Her most recent painting Victory (2017), depicts a crowd scene populated by black and white figures who are etched over with undecipherable text – perhaps indicative of protest chants – to reflect the political energy and turmoil shaping her country.  In May 2016, her work was selected by the Chinese Ministry of Culture to represent Lebanon at the National Museum of Art in Shanghai. The artist continues to exhibit and work in Lebanon. 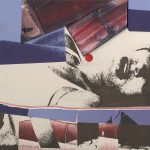