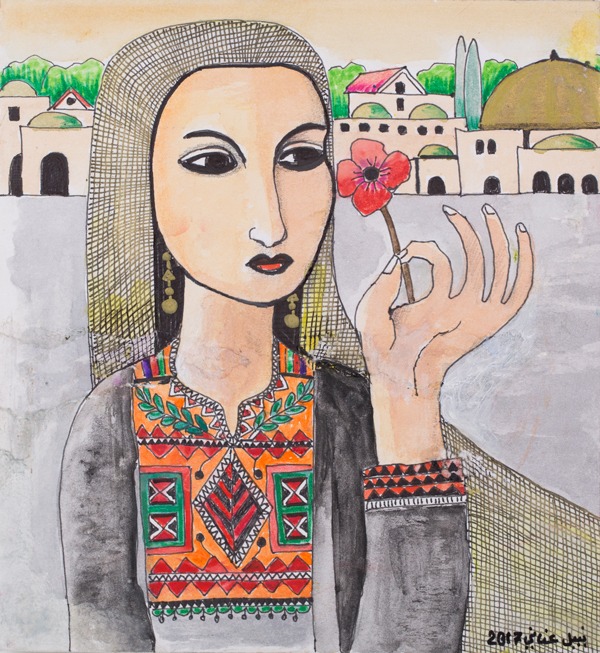 Nabil Anani is one of Palestine’s most influential artists working today. Born in Latroun in 1943, Anani studied Fine Art at Alexandria University, Egypt and returned to his native Palestine, where he began a successful career as an artist and educator. As a painter, ceramicist and sculptor, his contribution to the Palestinian contemporary art scene has been extensive. His first exhibition was held in Jerusalem in 1972, and in 1988 he was appointed as the head of the League of Palestinian Artists. Over two decades later he helped establish the International Academy of Art Palestine. He was part of the New Visions group of Palestinian artists, which included Tayseer Barakat, Vera Tamari and Sliman Mansour, during which he pioneered the use of local materials including leather, henna and natural dyes. His bold use of colour, unique perspectival landscape paintings and distinct figurative drawings bring Palestine’s rich visual culture to the fore. In addition to winning the first Palestinian National Prize for Visual Art in 1997, Anani has participated in group and solo exhibitions in Palestine, Jordan, the United Kingdom, Russia and North America. 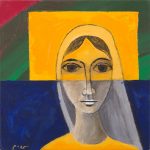 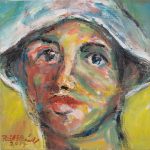