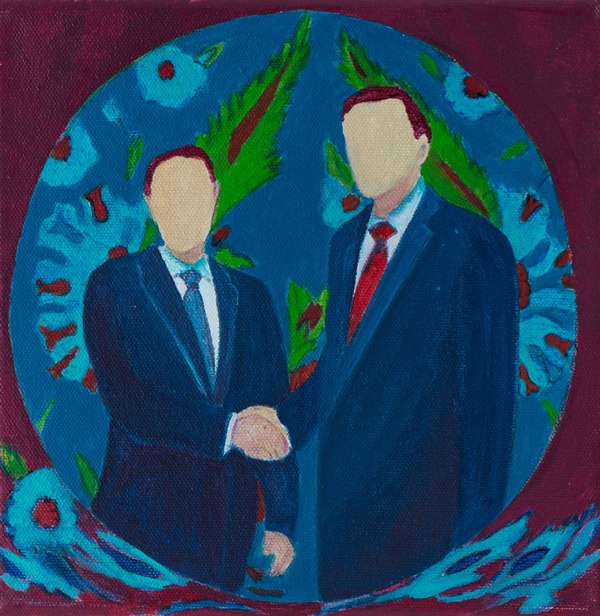 Nadia Jelassi was born in Tunis in 1958 and continues to live and work in the city. She presented her first works in 1990 at the Biennial of Young Creators from Europe and the Mediterranean at the Museum of Vielle Charité in Marseille, and later in 1992 at the Museum of Contemporary Art in Gibellina, Italy and the Metropolitan Museum in Tokyo. In 2012 her installation “Celui qui n’a pas…,” depicting veiled women half immersed in a pile of stones, was deemed controversial, and elicited scrutiny of the artist by Tunisia’s court system. Following the ordeal, the Ministry of Culture expressed its support for Jelassi. In 2017 her exhibition Karopolis, featuring a series of works in acrylic on wood, explored the theme of official photography and sought to challenge its innate symbolism as a form of expression. Jelassi teaches at the Higher Institute of Fine Arts in Tunis and has exhibited at a number of galleries, including Ammar Farhat in Sidi Bou Said, Kanvas in La Soukra, and Hope Contemporary and the Al Abdalliya Palace in La Marsa. In 2009 she published States of Siege. 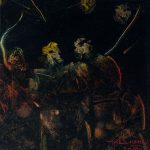 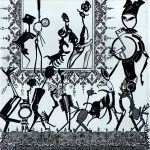