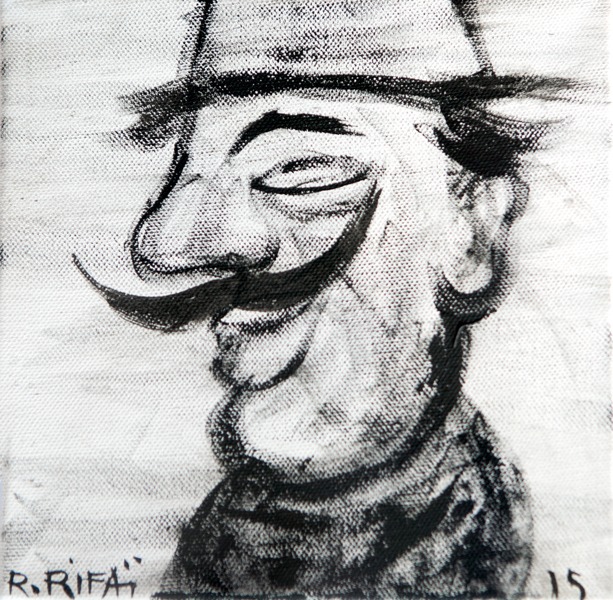 Born in Lebanon in 1954 Raouf Rifai lives and works in Beirut. He has a PhD in Urban Planning from the Sorbonne in Paris, and teaches art at the Lebanese University. His large-scale acrylic paintings depict Middle Eastern men who are characterised by their large tarbush hats and traditional garments, rendered in bright warm colours that reflect the rich cultural heritage of the Middle East. At times his figures are abstracted with lines covering their facial features. Elsewhere, their exaggerated facial features animate the canvas and attest to the expressiveness he seeks to capture in his portraits. In 2010, Rifai was awarded the first prize at the Sursock Museum’s Salon d’Automne in Beirut, and a year later his work was successfully auctioned at Christie’s Dubai. Rifai has taken part in numerous collective shows in Europe, the US, the Middle East and Japan and has held more than 15 solo exhibitions since 1984 in Lebanon, Syria, the United Arab Emirates, Saudi Arabia, Turkey, Singapore, Malaysia, France and the US. 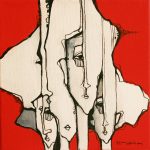