Christel Delrieu Pétraud, Kitou of his artist name, is mainly devoted to his artist activity and painter for a few years. After a training in Visual Arts, she specializes in the study of color and computer graphics and becomes a web designer and graphic designer for a decade. In 2012, she plunges back into everyday painting by approaching the portrait, using phosphorescent pigments revealing another version of her paintings in the dark. She breaks her canvases into 2 shots on acrylic glass, then 4 shots but very quickly she takes again her subject of study more conceptual “the den of the color” which will become her signature. In 2017, she took over the Galerie Agama in Toulouse, set up her studio and organized exhibitions of contemporary art and art premiere. Influenced by neoplasticism, conceptual art, and pop art, she prefers frank and saturated colors, fruit of a permanent reflection on the impact of color in the creative process. Science, design, but also human encounters through his travels feed his gesture and his questions. It does not prohibit any theme and tries above all to create an atmosphere “through”, representing an augmented reality, organic and connected. She invented a graphic alphabet that became her matrix of plastic construction playing full and empty, both invasive and discovering allowing several readings … including some coded messages. 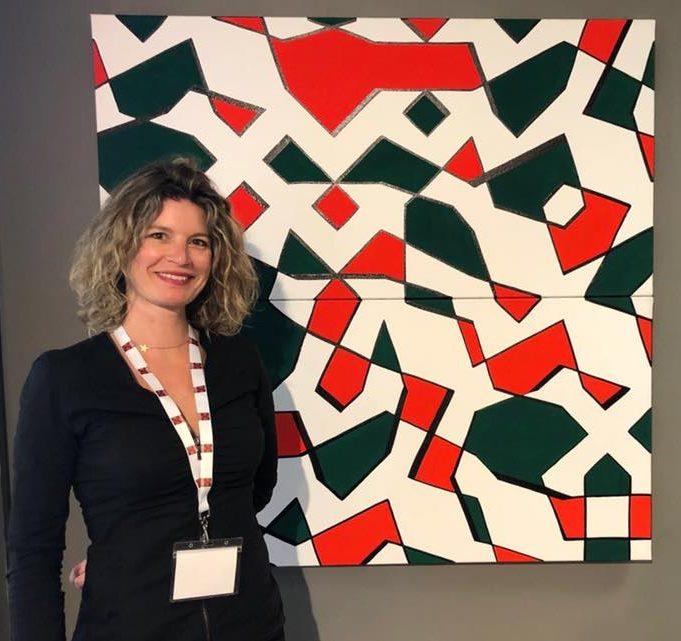 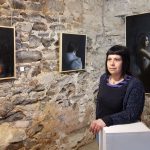 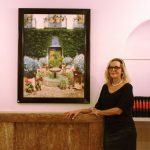