Paul Cosquieri was born in Gibraltar in 1963, and from a very early age showed a keen interest in drawing and painting winning numerous design and painting competitions during his school years. In 1982 Paul was awarded a scholarship from the Government of Gibraltar to study at the prestigious Chelsea School of Art in London, where he undertook a one-year foundation course in Art and Design. Following this foundation year, he decided to concentrate his studies on Graphic Design, which had always been one of his key interests in the varied spectrum of the arts field. Paul's work is characterised by his many influences and by his innate desire to push the boundaries of whatever he is doing by constantly experimenting with new materials, media and styles ranging from painting to photography and sculpture. If what you are after is a pretty painting, then forget about Cosqui. His work has more to do with experimenting than with reproduction. His painting has undergone umpteen transformations from his early Neo-Expressionistic style type of Rock paintings to his abstract series which he coined as Abstract Popism. In painting, Paul is currently engrossed with texture and moulding, using a wide range of media. His Between the Rock and a Hard Place series, which uses the Rock of Gibraltar as the major theme and starting point, is a clear example of what Paul is trying to achieve. He uses the structure of the Rock as a foundation from which to embark on one of his many different quests into texture, form, shape, colour, line, or a combination of all of these, nearly always resulting in a representational, yet abstract painting. Paul's paintings are abstract paintings in their purest form that somehow manage to maintain an umbilical cord to their original subject. Paul is a committed artist, constantly involved in multiple creative projects such as organizing the popular weekly Life Drawing and Portrait Sessions at the Fine Arts Gallery, Gibraltar. In 2014 Paul became the President of the Fine Arts Association and is instrumental in organising regular annual art exhibitions such as the FAA Summer Show, the Affordable Art Show or the National Celebrations Exhibition. 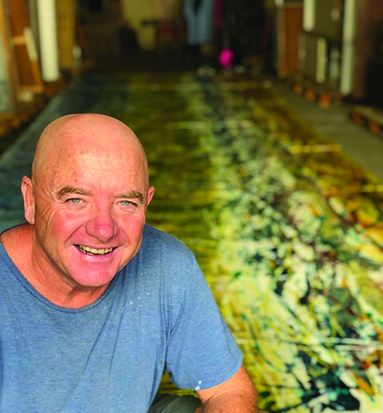 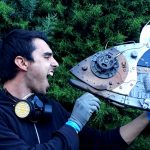 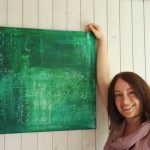